Users can download plugins in NotePlan's preferences under "Plugins".

When you click on "Plugins", NotePlan will query the Releases of the Plugin GitHub Repo and look for available plugins. All release entries are downloaded, the plugin.json files are read and then displayed in a list. More information is displayed when you expand an available plugin, such as the available commands and description. 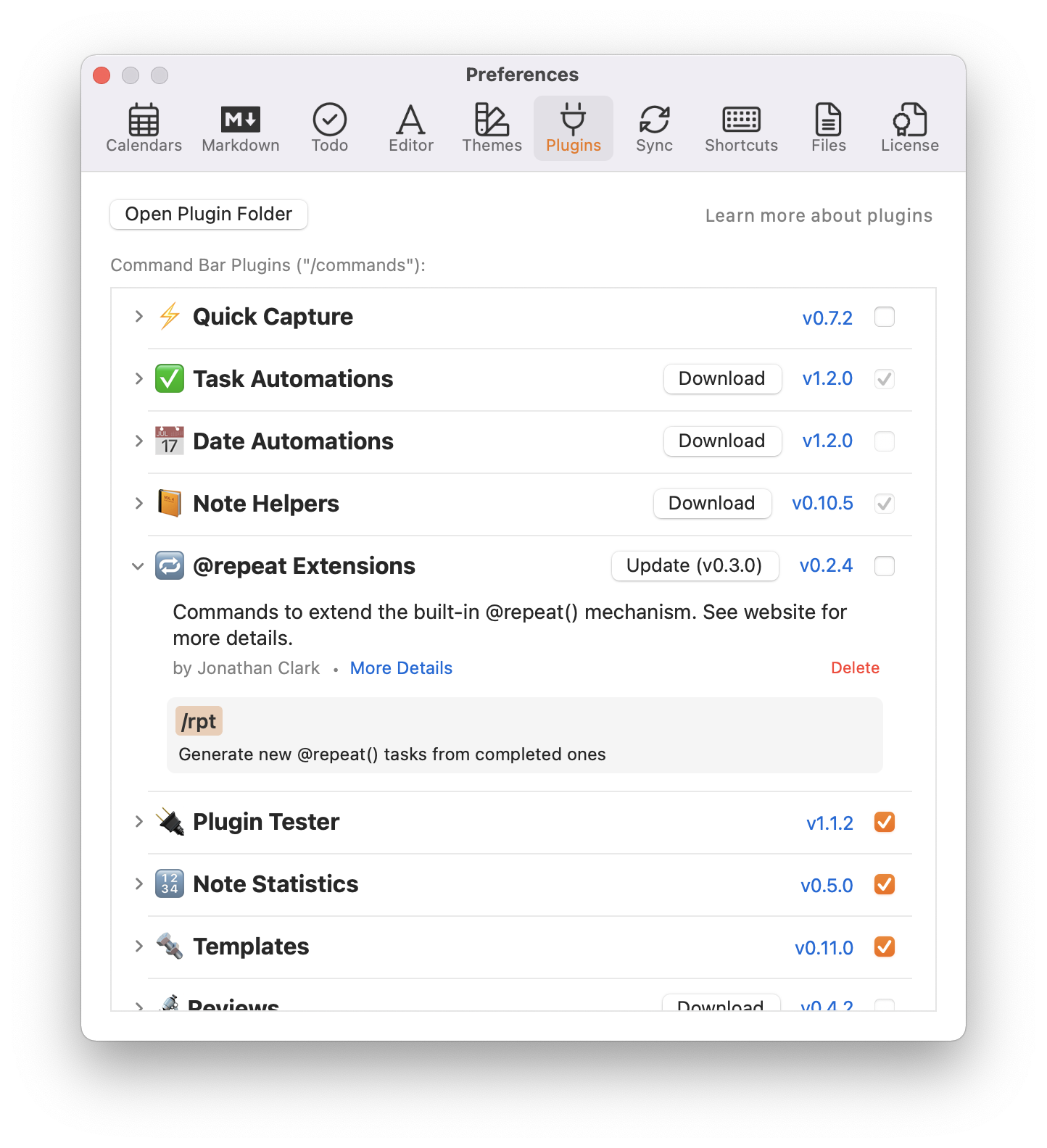 Steps to release or update a plugin 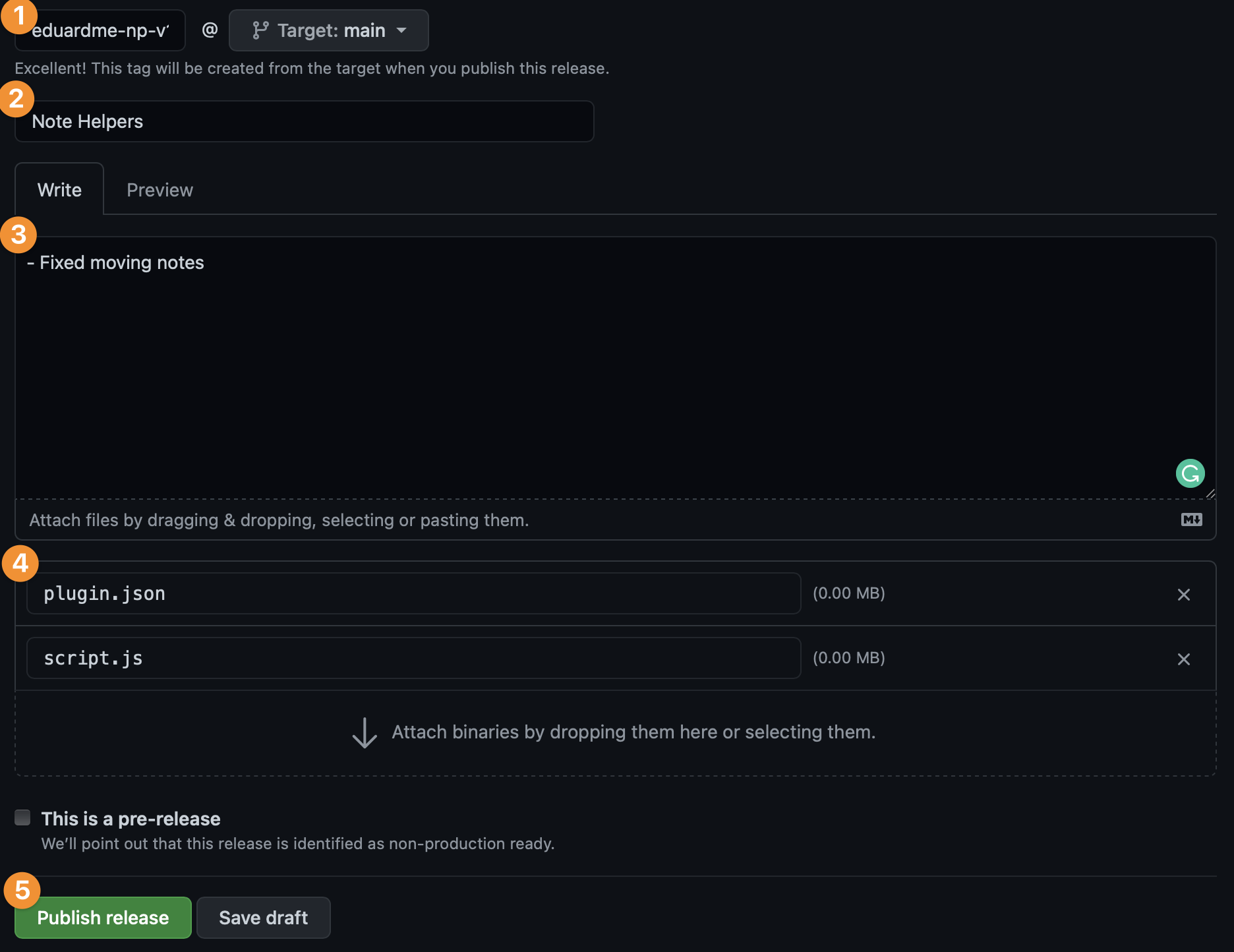 If you want to update an existing plugin, you can create a new release and delete the old version or update the existing version. Just make sure to increment the plugin.version inside the new plugin.json file. NotePlan uses this field to determine, if an update is available. 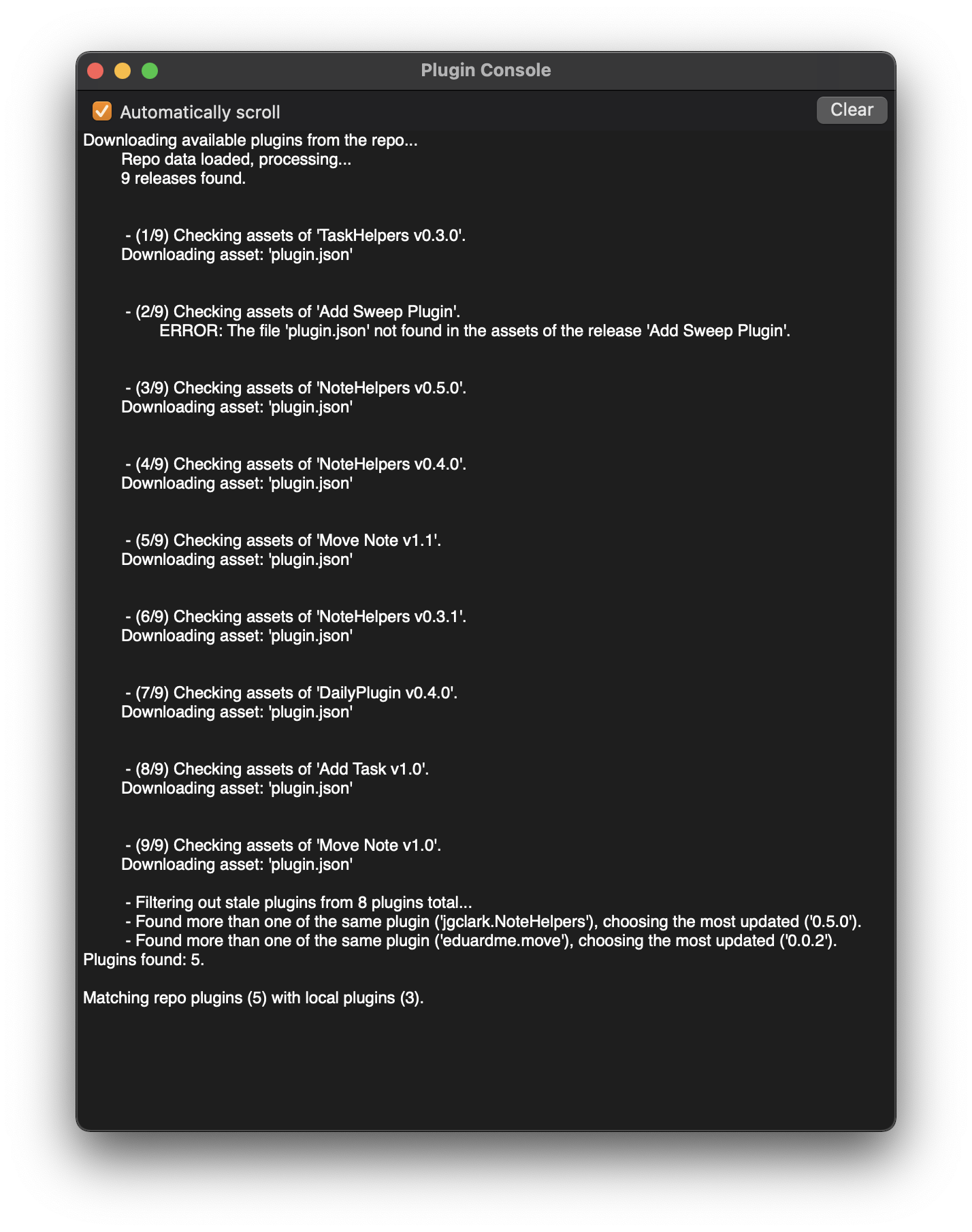